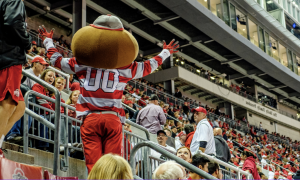 As we approach the 2022 college football season, Big Game Air has a pulse on all the biggest games. The top three games requested for jet travel opening weekend are:

This Notre Dame vs Ohio State matchup has big implications for each team.  These two teams are playing each other for the first time since the 90s. In addition to that, the pressure is completely on Notre Dame. They’ve struggled on the big stage in recent years, evident by the loss against Oklahoma State in the 2022 Fiesta Bowl. There’s also much excitement for Notre Dame as they’re bringing on a new quarterback with Tyler Buchner. There will be much anticipation to see how he will play. Ravenous fan bases from Chicago and New York are looking to fly in for this BIG GAME. You can be sure that the energy at the “Shoe” in Columbus will be electric!!

The Oregon vs. Georgia game is being highly talked about right now. Georgia is coming into the season ranked 6th, while Oregon is ranked 20th. Georgia also lost 15 players to the NFL last year! Does it matter, not really, as the Bulldogs have a deep and loaded roster. On the Ducks side, many people are excited about Bo Nix, a first-time quarterback with the Ducks. Nix was recruited out of Auburn and is currently in contention as the primary quarterback for the ducks alongside Ty Thompson and Jay Butterfield. There’s also some nervousness and excitement for Dan Lanning, the new head coach for the ducks, who was the defensive coordinator for the Georgia Bulldogs last year. He helped the Bulldogs to a victory in the 2021 national championship, so there’s much anticipation to see how he’ll shape the Duck’s team in the 2022 season. Fans from as far as Eugene and many along the eastern seaboard are getting the jets fired up for this BIG GAME.

In addition to the first two games, many people will be looking out for the LSU vs. Florida State game. LSU has new head coach Brian Kelly, and many fans will be watching to see how he shapes this storied program.  Fans hope that Kelly brings the success that he had as Notre Dame’s head coach to LSU. Many Florida State fans are also nervous about the upcoming season because of coach Mike Norvell. Norvell came from Memphis, where he led the Tigers to a Conference title. However, his tenure with the Seminoles has been less than stellar. His entree record with the Seminoles has been 8-13, and he started last year by leading his team to an 0-4 record. So eyes will be on Florida State to see if he can lead his team to a better outcome this year. This will be a prime Labor Day game and is expected to sell out. Fans from Chicago, New York, Miami, and Dallas are getting their jets on lockdown for this BIG GAME in DEATH VALLEY!

BIG GAME AIR AND CORONA PREMIER TO OFFER NATIONAL GOLF FANS A CHANCE TO WIN A GOLF FLYAWAY EXPERIENCE
May 26, 2022